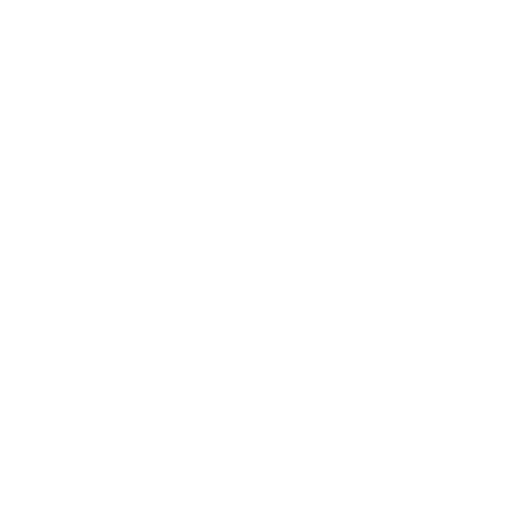 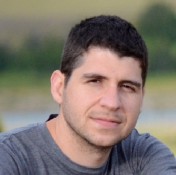 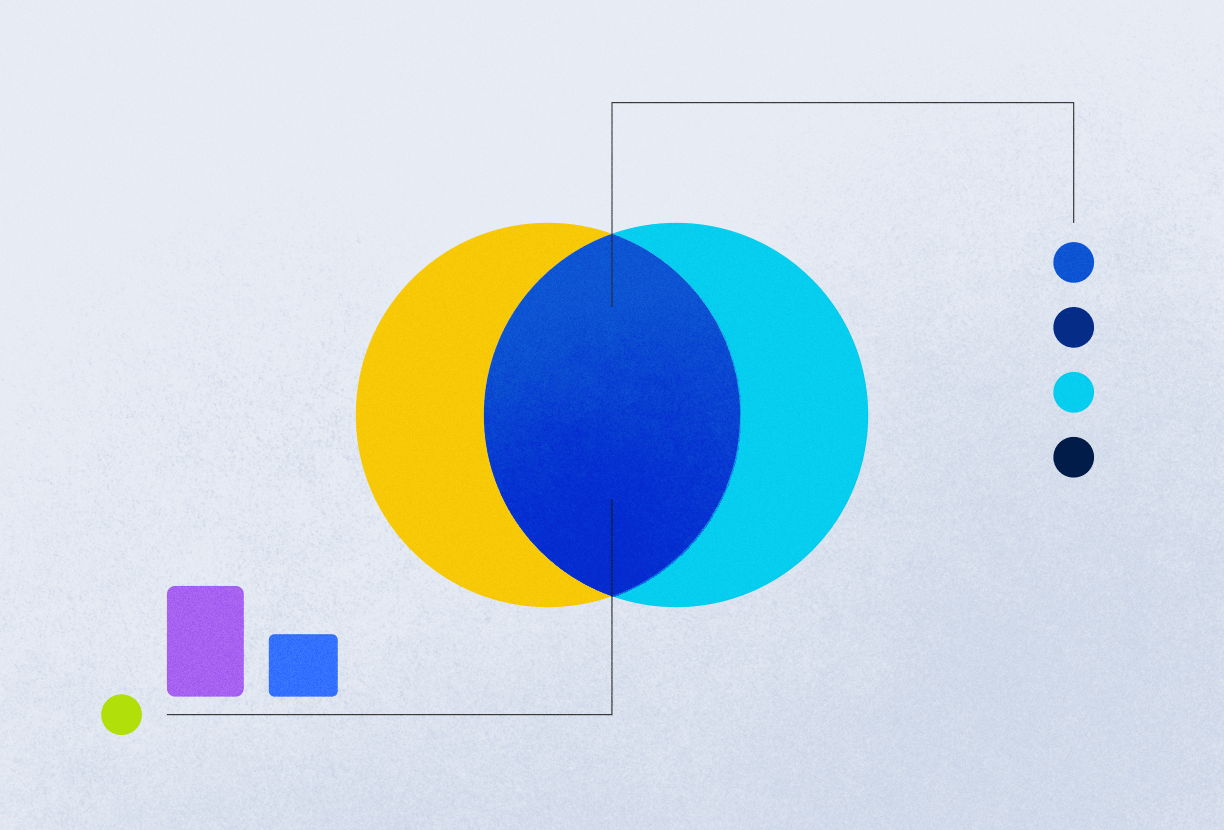 The Evolution of Asynchronous in JavaScript

Today asynchronous operations are very similar to synchronous ones, the only difference in appearance is the async and await keywords.

In reality, they only seem similar, a lot is going on under the hood. To really understand how asynchronous operations work in JavaScript, we will travel back in time to the language origin, and follow the evolution of asynchronous code in Javascript.

But first what are asynchronous operations anyway?

What is an Asynchronous Operation? And Why do we Need Them?

An asynchronous operation is a long-running, non-blocking task, like:

In most programming languages, you create a new thread (a subprogram) to run the task in parallel on a separate processor thread. And then it's a (complicated) matter of communicating between the two threads.

JavaScript is different: it is single-threaded, so no sub-program runs in parallel. A single-threaded program can only do one single thing at a time. So if you tell it to wait, he will wait and do nothing else in the meantime.

Javascript is a single-threaded language, yet it does not have this shortcoming. It is able to wait for an event to happen while doing other work in the meantime.

Because it uses an event loop.

The event loop is central to Javascript functioning. JavaScript treats every code instruction as an event in a queue. When waiting for a given amount of time before executing a task it will:

In the beginning, this was mostly used to handle user events.

1995: at the Beginning, Everything was Synchronous (or not)

At the start, JavaScript was only a browser language. No one anticipated that it would become the full-stack language it became today. At the start, the JavaScript job was to make the page interactive, like showing a modal when clicking a button. And there was no data fetching.

The first example of asynchronous code that comes to mind is setTimeout.

setTimeout is a function that takes another function and a delay in milliseconds. When called, it returns immediately. Then once the delay has passed the function gets called.

This was useful for coding animation. (requestAnimationFrame did not exist at the time).

But setTimeout was not the most used method used to register a function to get called later.

One far more common asynchronous operation on the browser was handling user interaction. When you want to react to a user clicking on a button, you do not know when the user will click, or if he will click at all.

On DOM elements, you can listen to events (click, focus, blur, mouseover,....). You register a function to an event, and that function will get called every time that event occurs.

And every time someone clicks the button, it calls the registered function.

AJAX (short for Asynchronous Javascript and XML) was first introduced in 1999. AJAX is a set of development techniques to create asynchronous applications.

AJAX allows to send and retrieve data from a server asynchronously. Nowadays, being able to do that is a given. But at the time this was a game changer. Before the introduction of AJAX, to display new content you had to reload the whole page. And to send data we needed to post forms.

AJAX was only the concept though. The implementation came from the XMLHTTPRequest , first introduced in Internet Explorer 5.0. The year was 1999.

It wasn't until 2006 that the XMLHTTPRequest became widely used. (And it was only fully standardized by the W3C in 2016.). And XMLHttpRequest used the event emitter pattern, using the following events:

And it seemed OK. Because on the browser, there were not a lot of other asynchronous operations to do.

Until JavaScript became usable on the server.

2009: Node, In the beginning, there were callbacks

And then came Node: JavaScript on the server. And on the server, there is a lot of asynchronous operation to do:

From the start, Node decided to abstract the event listener away whenever possible.

The asynchronous operations would be simple functions, not complex objects like XMLHTTPRequest .

This function would take one more argument: the callback. The callback is a function that the asynchronous operation will call once complete.

But more complex asynchronous operations have two possible outcomes, either they fail or they succeed. So this callback accepts 2 arguments, an error, and a result:

For example when reading a file:

The first issue with callback is error handling. You cannot catch errors thrown in a callback outside of it.

So when using a callback you must make sure to handle every possible error. Or failing that pass them to the next callback. This is why Node chooses to pass the eventual error as the first argument of the callback as a convention.

Another issue arises when you need to chain several operations. The code could become a sorry mess, giving birth to the callback hell. AKA the pyramid of doom.

The Dreaded Pyramid of Doom

So what does it looks like if you need to chain several asynchronous operations?

The more you chain operation the more you move to the right adding more and more indentation. Indentation forms a pyramid.: the pyramid of doom. And with each indentation a new context.

Look at all the code duplication to handle the errors. And if at any one point in the chain you forget to pass an error, or do an operation that can fail without wrapping it inside a try-catch, you get an uncaught exception.

That's why libraries like bluebird introduced Promise to JavaScript. The main issue with callback is that the function using them returns nothing. The program flow disappears into the callback never to return.

What about, instead, returning an object representing the state of the asynchronous operation? A Promise is a placeholder for a future result. The promise of a result. And how does Promise do this? They use callbacks.

Of course, we should only call one of those two callbacks.

For example, if we want to convert an asynchronous function to return a Promise instead, we can do:

When you get a Promise you can call .then to pass it two callbacks. The first one listens to the resolved event. It gets called with the value passed to the resolve callback.

There is also a catch method to add a listener to the rejected event.

Note that the Promise constructor will catch errors thrown in its function argument. This will trigger the rejected event.

But if you never specify a rejected event handler, then the error will become an Uncaught error

The then and catch methods accept function returning Promise and return a Promise. This means it is possible to chain promises:

Note that I did not specify any rejected handler in that example. When adding no reject handler to a promise the error will go up to the chained promise until someone catches it. If no one catches it, it will burst into an uncaught exception.

This is great because no need to specify the same error-handling logic again and again.

Promises are so much better than callback: no more callback hell and error handling is a breeze. But at the beginning there was one main issue: promises were not widely used. Most libraries, even Node core, used callbacks.

To use Promise you needed:

Another lesser issue is that code with Promise was still different from the synchronous code. Enter the generator function and the co package: the ancestor to async/await .

2015 Now that we have Promise let's hide them

ECMAScript 2015 introduced generators at the same time as Promise.

Now, finally, promises were officially part of the language. Generators are functions able to pause their execution by yielding a value, and then resume with another one. To do that they return an iterator.

You can also resume the generator with an error:

What is interesting here is the ability to yield a value and get back another one. This means we can abstract away operations done on a yielded value, and get the result. Like, let's say yield a Promise and gets back its result.

The library co did that for asynchronous operation. It's the ancestor of async/await . It allowed generators to yield a Promise and gets back the Promise's result. Co takes a generator as its argument and returns a Promise.

Here is a simple implementation:

Since at the time, promises were not used, co also supported thunk . A thunk was a simple modification of the normal callback pattern. Instead of having a function that would take a callback as its last argument. We modified the function to return a new function taking this callback. Like so:

There was even a thunkify library to convert node-style callback functions to thunks.

With async/await you can write asynchronous code like synchronous one. With the async keyword, you can declare a function as being async. An async function will always return a promise:

An async function can use the await keyword in its body. Await works like yield with co . It means it:

It can then be imported normally.

In this case, the index module will wait for the config module to resolve before executing its body.

And this is how we got from event listener to async/await. At every step building upon what came before correcting the issues along the way:

Asynchronicity has come a long way in Javascript but is it the end? I for one hope not, after all, we should always strive to do better.

Software Engineer, leading the "Developer Productivity" team. When Thiery does not rack his brain to improve the Tint engineers' experience, he racks it to play board games.

Create your own insurance and guarantee products today